How do Solar Batteries Work? A Simple Guide to Renewable Energy Storage

If you have any interest in renewable power, then you may know how critical storage is to the continued development of sustainable, green infrastructure. While solar batteries are just a small piece of the puzzle for a nationwide renewable energy revolution, they are also quickly becoming more widespread in many shapes and sizes across the globe.

As both wind and solar produce energy intermittently, battery storage enables the power generated by the panels or turbines to be stored for later use, when the sun isn’t shining or the breeze is not blowing fast enough to meet local electricity demand. In this sense, batteries can pave the way for a renewable-powered future.

In this article, we’ll take a look at the three main tiers of solar batteries before showcasing some of the technology and introductory jargon behind today’s most capable renewable energy storage systems.

To fully understand the capabilities of solar batteries, we can essentially break down today’s technologies into three categories: small, mid-size, and large. Although this is not that scientific of a distinction, the exciting thing about solar batteries is that they are everywhere, constantly evolving, and have truly unlimited capabilities. Small solar batteries are all around us when you consider all of the small devices equipped with a panel harvesting the sun’s energy. We know a thing or two about solar gadgets such as yard lights, phone chargers, and even pool cleaners, and in a sense, these one-purpose devices can even be considered autonomous “robots.”

Above and beyond your average handy solar-powered gadget, multi-purpose solar generation and storage open the doors to an endless amount of power potential. In a small, portable application, many people make use of solar suitcases to quickly prop up some panels and begin charging a solar battery.

In any small-scale mobile solar instance, the panels must be wired to a solar battery so that the energy can be stored and dispatched as necessary. While portable electric generators powered by solar panels are on the rise, one of the most popular ways renewables are being utilized by individuals today is with a solar battery bank and RV plug-in. 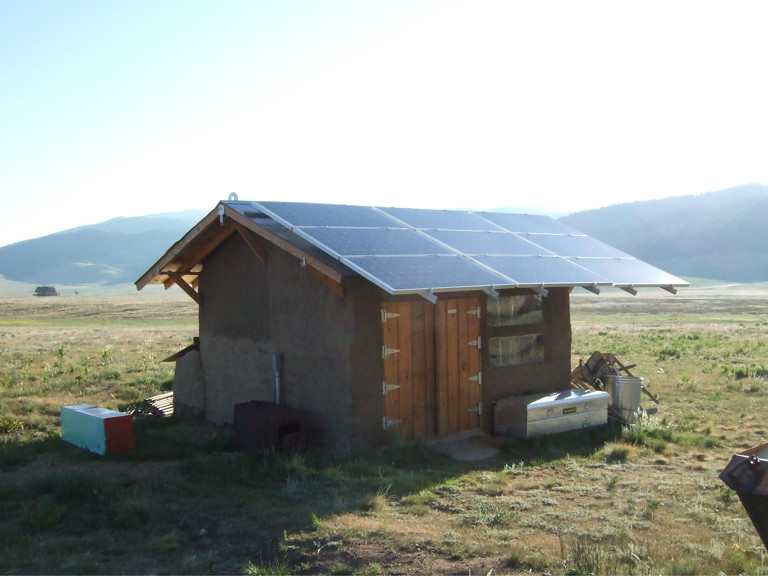 Beyond the small-scale and typically DIY space, solar batteries are also becoming increasingly popular for homes, businesses, and other large buildings. While most system owners have their solar panels still attached to the utility grid, batteries can be installed so that the home or building can still have access to power during a blackout or surge in electricity demand.

Here, we get into “chaining” a bit, in which multiple batteries can be wired together to create what is known as a battery bank. With a battery bank, system owners can store as much energy as they want so long as they charge the batteries with solar. Chaining batteries together requires that each battery has the same voltage as the rest of the system, and common ratings include 12V Batteries or a 48V Battery-powered system.

If you are having a full home or business solar storage system installed, you may be able to take advantage of local, regional, and national government incentives. Batteries for homes and businesses may qualify for tax credits and rebates if they are both large enough and installed professionally.

Finally, “utility-scale” solar storage refers to large batteries that can hold massive amounts of electricity for communities, manufacturing facilities, and other large energy users. At the end of last year, the Yale School for the Environment reported that utility-scale battery storage is on the rise, and many sources indicate that the industry does not show any signs of slowing down.

As large-scale energy users burning fossil fuels are one of the most impactful contributors to domestic greenhouse gases, adding storage to renewable energy systems enables wind and solar to be used around the clock without the inflated carbon footprint.

Beyond the fight against global warming, large-scale solar batteries are also being used to supply medical campuses and other emergency services with power throughout grid blackouts. In response to wildfires, hurricanes, and unreliable power lines, microgrids are becoming more popular to see in use alongside traditional backup generators.

What to Know About Solar Storage

Whether you are setting up the solar in your RV, complimenting a rooftop solar array, or are simply curious about the technology, here are a few of the most important technical aspects to know about renewable energy batteries. Although it can be an intimidating project, solar energy storage is quite simple.

Historically, lead-acid-based batteries have been the most popular for storing electricity in general, and they can still be seen in small solar systems and go-karts alike. Within lead-acid technology, there are distinctions between AGM and gel chemistries, as well as flooded and sealed batteries.

For large-scale applications, airlines, utilities, manufacturers, and other large energy users may also consider either Nickel-cadmium or flow batteries for massive storage installations. Each of these technologies has its own set of pros and cons.

Aside from chemistry, a battery’s capacity, efficiency, and expected lifespan (or lifecycles) are the most important differentiators between individual units. While battery capacity measures exactly how much energy can be stored, the battery’s efficiency represents the amount of actual power that can be used.

While in a perfect world you would be able to use every watt of electricity that your solar system produces, batteries can only take in, store, and distribute so much of the total capacity. While today’s most efficient batteries begin with efficiency ratings of 95% and above, all types of solar batteries slowly become less efficient as they are used throughout the years.

This brings us to the expected battery lifespan which is often represented in life cycles or depth of discharge (DOD). Depending on the quality, size, and frequency of use, solar batteries can be expected to last from anywhere between 2 and 20 years.

Many things are factored into choosing the perfect solar battery for any application, though more often than not, cost and logistics are the two most important considerations. What is available? And how much will it cost to have it purchased, delivered, and installed?

Batteries are expensive at all capacity levels, and substantial banks are often beyond the reach of the average homeowner with rooftop solar panels. Likewise, utilities and electric associations looking to increase storage capacity will likely have to make an enormous investment for renewable backup power to become a reality.

Of course, if cost is no barrier, there are a few logistical installation considerations that must be addressed including the wiring and physical location of the installation. Batteries must be installed indoors or away from prolonged direct sunlight to prevent overheating and malfunction and systems as a whole must be protected from incidental damages.

In our ongoing commitment to educating the world about pressing environmental issues, we hope that this guide has helped answer some of the most frequently asked questions about solar battery storage. For a bit more information and inspiration, we recommend reading Solar Power World’s article on the future of solar storage as it relates to the average home or business owner.