Home › Solar Power Blog › The Disadvantages of Solar and Wind Energy: And What Is Being Done to Overcome Them The Disadvantages of Solar and Wind Energy: And What Is Being Done to Overcome Them

At Solar Us Shop, it's no secret that we love renewable energy. With an online store full of solar and wind-powered products, we love helping our customers get their hands on green energy solutions to everyday problems.

Of course, with solar and other renewable energies, it is not always “sunshine and rainbows.” And unfortunately, it doesn’t take a genius to point out that solar panels cannot produce electricity at night.

While we are not here to lie about any of the shortcomings of renewable energy, we thought it may be a good idea to put all of the disadvantages of renewable energy out in the open to remind everyone that we are aware of the potential setbacks of optimal performance.

Below, we’ll take a look at all of the disadvantages of solar, wind, and other renewable energy resources to discuss a few of the things that are being done to overcome these issues.

As renewable technology continues to evolve, we hope that these potential problems continue to be the target of effective innovations. 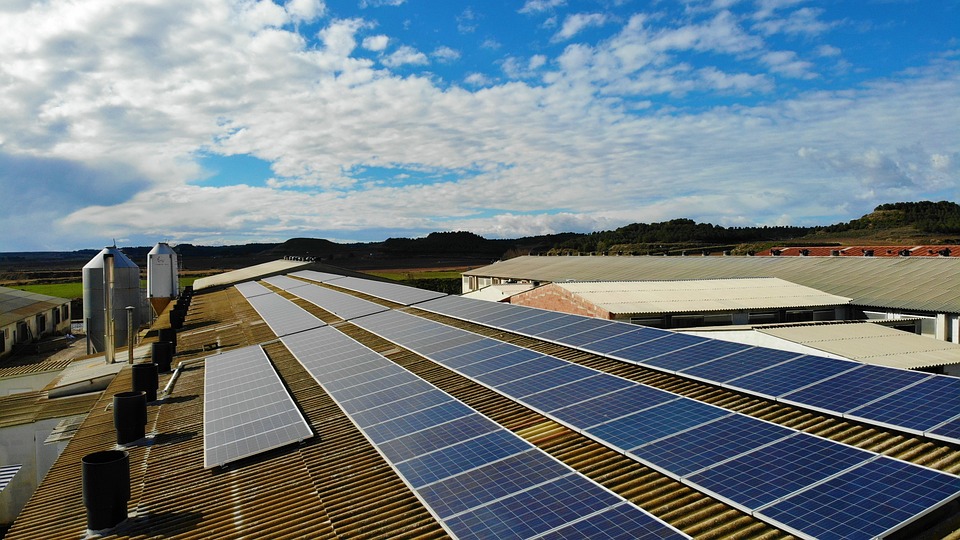 To begin, let's take a look at some of the most common problems associated with solar energy production.

Generation During Sunlight Hours Only

Yes, solar runs on sunlight, which means it may only be available for half of each day. And while you cannot generate solar electricity at night, energy generation is also more difficult as the sun rises and sets during off-peak hours.

With this in mind, solar energy systems are typically designed to capture as much daily sunlight as possible. In grid-connected systems, solar panels can help produce enough power during the day to help offset any electricity used at night in a net metering scenario. Off-grid, batteries can be used to store daylight energy to be consumed throughout the evening.

Aside from the daily schedule of sunlight as the earth rotates on its axis, the amount of sun a property receives can also be limited depending on the season. For example, in places like Alaska, solar energy may be a very good resource in the summer when sunlight is available nearly every hour of the day, but not so good in the winter when sunlight hours are extremely limited.

To get a good idea of how much sunlight your property receives, we recommend taking a look at any of the resource maps for solar data in the US. In most places, solar energy production is highest during the summer, but still able to produce a large amount of electricity during the lesser, but more intense sunlight hours of the winter.

Yes, it is true that solar panels cannot produce electricity when they are covered in snow. However, once the snow is removed (whether by the sun or your garden hose), your panels will be bright and sparkling like new with a fresh wash removing any dust or grime accumulated during the spring, summer, and fall.

On cloudy days, solar panels are still able to generate some electricity, although it is true that the efficiency is very limited. From partly cloudy days to overcast conditions, clouds and storms can affect solar production, however, typical climate conditions are typically taken into consideration before constructing a large solar system.

Next, solar panels take up space, and sometimes a lot of it. While most homes have enough roof or property space available for a small array of solar panels, not every location is fit for a PV system. On a large scale, this is being combatted with virtual net metering programs and off-site solar farms in which customers can adopt green energy without physically installing anything themselves on their own property.

And finally, another hiccup that prevents average people from adopting a 100% solar lifestyle is the high cost of investment. Although we pride ourselves on carrying many affordable solar products in our shop, full home systems can easily cost 5-figures when purchasing 30 years' worth of electricity at once.

Did you know that wind power is the largest source of renewable energy in the country? With installations all across the United States, here are a few of the limitations of wind energy that have persisted into the 2020s.

Although windmills are no stranger to open fields and mountain tops, you are much less likely to see a wind-energy turbine in the middle of a city or suburban neighborhood. While our home wind turbines are designed for small-scale use, wind energy devices are typically limited by many building and safety code requirements that have prevented widespread residential adoption.

For this reason, the majority of wind energy produced in the United States today comes from some sort of “wind farm.” By designating specific areas for installation, specific sites can be created based on ideal wind conditions as well as new and existing power distribution systems.

Although most renewable energy operators will tell you that “you get used to it,” anyone close to a large wind turbine can instantly recognize a subtle but ever-present hum. When in operation, wind energy turbines can emit a faint noise that may disturb those near the generation.

For this reason (and for other spatial concerns), there have been a growing number of marine wind power generators installed over the past decade. By moving wind energy off-shore, more space can be saved for people and other land uses.

One of the best parts about wind energy is the potential for 24/7 electricity production. However, this does not always mean that a significant amount of power is produced every hour throughout the day. In truth, wind energy can be unpredictable, inconsistent, or only set to a specific schedule for intermittent power production.

To help account for inconsistent power generation, wind turbines must be accompanied by battery backup systems or connected to the energy grid for distribution. As inverter technology continues to evolve, modern wind energy systems can capture potential power and more efficiently convert it into usable AC electricity.

Although it is true that wind turbines may kill bats and birds, studies have shown that the overall number of animals killed is not significant enough to be concerned about in the present. While researchers are constantly looking for ways to improve the safety of wildlife alongside renewable energy generation, scientists have agreed that any step away from coal and other fossil fuel use is a good step for wildlife and environmental preservation.

Limits of Other Renewable Energies

Although solar and wind are the two of the most common renewable energies used in the country, it was not long ago that hydroelectricity reigned as the number one green energy source used in the United States. Continuing to be used to this day in many different locations, hydroelectric power is still a great renewable energy source, but is unfortunately and obviously limited to only serving locations near flowing bodies of water. Likewise, biomass is becoming an increasingly popular renewable energy resource, with a ton of applications at the small and large scale levels. On the downside, biomass projects can be expensive and complicated to start, require a lot of physical space, and may not always actually be the “greenest” option on the table.

In a similar sense, geothermal energy is among the most sustainable resources that can be found on earth, however, it is only available in select locations. And while nuclear energy is continuously tested for its dynamic capabilities, there is still a very valid fear in investing in technology with potentially catastrophic consequences.

To sum things up, there are many setbacks to adopting renewable energy in the United States, from the necessary infrastructure improvements to the actual limitations of the resources themselves.

With that said, we simply do not have a choice when it comes to the effects of global warming and unsustainable practices, and people are looking for new ways every day to help green energy technologies push through the challenges necessary for widespread adoption.

For more information about the pros and cons of our two favorite renewable resources, feel free to check out our solar energy FAQ or wind energy FAQ to read the answers to some of the most common questions people have about green electricity.